World of Hazards is a title of a the first season of the Book of Secrets created by Inspector Diaz.

Set in the city of Selium, a former capital city of state of Nebraskus, Neo-Americas in parallel Earth, the season follows your sudden land in the middle of the post-apocalyptic city that slowly reborn. Your team don't trust you and then think that you are the one who work with the people who caused all the chaos. You job is to find your way back to your dimension but also to save this city!

The events of World of Hazards are set int he city of Selium, a former capital of the state of Nebraskus in Neo-Americas who made of of five districts and one special operated zone that spread with 26 cases through the journey. As the main law enforcement agency is deeply corrupted, a group of small individuals formed The Underground Unit, a semi-law enforcement agency who also acts as a resistance force against the regime of the new government. 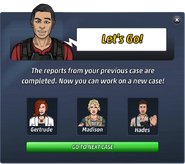 World of Hazards report screen, as it seen from cases #1-#15. 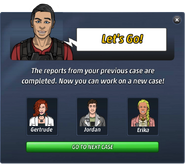 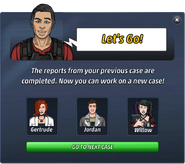 Map of Selium with all case pointers and the time machine.
Add a photo to this gallery
Retrieved from "https://criminal-case-official-fanfiction.fandom.com/wiki/World_of_Hazards?oldid=241027"
Community content is available under CC-BY-SA unless otherwise noted.