Victoria "Vicky" Ashworth (1983-2020) was a main character featured in Season 1 of Criminal Case, where she served as the Aurelian Law Enforcement Agency's Criminal Profiler until her death in It All Ends in Tears (Case #60 of Aurelia).

As the 35 year old granddaughter of a cousin of the Queen, Victoria, better known as Vicky, has blue eyes and a flower crown made of red, blue and pink roses perched in her curly red shoulder length hair. She wears a golden-white dress covered by silver beads and golden flowers. She also wears a baroque-pearl necklace around her neck.

Victoria was found half-submerged in a vat of hardened concrete. A saddened Dominic pointed out that the killer had wanted Victoria to suffocate in the concrete, but still be recognized by the team when they would find her body. He then explained that Victoria suffocated from concrete in her throat and then the hardening concrete crushed her body, which was known to have weak bones. Even though the concrete erased evidence, Dominic found traces of beef and sour cream, both ingredients in the Russian dish, beef stroganoff. This meant the killer enjoyed beef stroganoff.

They also found the murder weapon, a concrete mixer, on the same scene, which they sent to Thomas and Fiona. Despite being sad over Victoria's death, the duo delivered the results of their analysis. Fiona immediately confirmed that the mixer had the same traces of concrete mix as the hardened concrete that killed Victoria. Thomas then noted that he had found traces of eye drops on the mixer's handle, which confirmed the killer used eye drops.

The killer and the leader of the criminal organization PANDORA would be revealed to be Florence's husband and marine biologist Trevor Aleiso.

When they confronted Trevor in the Aleiso household, he initially denied the evidence against him before he was forced to confess. Trevor explained that the Agency had to collapse because he believed that it was fraught with bloodshed and crime, and that PANDORA would've been better in their place. He explained how his father, gangster Henry Aleiso, had once ruled Grim Harbour before Florence's brother had shot his father dead in gunfight. This led Trevor to believe that the "true justice" was an illusion and made him assemble the criminal organization known as PANDORA. He then carried out the plan of killing the previous police department, the blood on the floor making him smile. Knowing that Florence was the chief and how it would've been suspicious if he had divorced her for no reason, he kept her close. He explained how he had planted Vito in the team to watch over the Agency's actions and how he had found out that Victoria had stolen his map of the warehouse. He then described how he arrested Victoria with his accomplice and took her to the warehouse where he suffocated her with concrete. They then sent Trevor to trial where he faced Judge Rodriguez, who thought that he deserved a lifetime sentence in a maximum security prison in solitary confinement.

Soon after, Callum's findings would help them arrest Axel Cobrabacker as Trevor's accomplice in the murder. After cracking, Axel agreed to confess before the Judge in exchange for a short sentence and that the court records were written so Trevor would never find out that Axel had exposed PANDORA's plans.

As the Profiler of the Aurelian Law Enforcement Agency, Victoria had the responsibility of analyzing physical objects and/or clues that cannot be analyzed flawlessly through bio-forensics or digital analysis, but instead through psychological analysis, and to return the results after a certain amount of time or a speed-up process using Criminal Case Cash. Her task-wait rates varied depending on the difficulty of the task, but they all cost 1 Criminal Case Cash per 30 minutes.

Below is the list of analyses Victoria performed throughout the course of the game:

Case #5: A Lash of Scorpions

Case #6: Dead of a Broken Crown

Case #8: Hammer Into a Thick Skull

Case #14: Get Your Wires Crossed 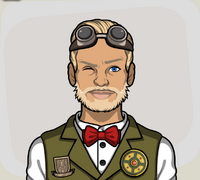 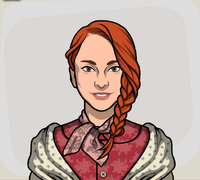 Valerie Ashworth, Victoria's aunt-in-law.
Add a photo to this gallery

The player may choose Victoria to join the investigation of each crime scene and provide hint bonuses. She is available as a 2-hint, level-10 partner.

Retrieved from "https://criminal-case-official-fanfiction.fandom.com/wiki/Victoria_Ashworth?oldid=114587"
Community content is available under CC-BY-SA unless otherwise noted.