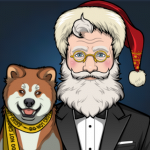 My name is Sparky (not my real name but nickname) and I'm a writer and artist. In real life, I work as a multi-media artist. In my spare time, I read, write, and draw. I started playing Criminal Case in February 2013, just three months after it was initially launched. I stopped playing because I thought it was a waste of time when there's somebody else making videos about it.

I loved the game so much that I made a fanmade series a few days after playing it. I began to draw visually detailed districts which took quite a bit of time to make. It was the only artwork I was able to make without it interfering with my job. I took all my spare time into crafting a hilarious and insightful Criminal Case fanmade story with recurring themes, symbols, and messages. I know this isn't a novel but that's how a writer thinks.

Retrieved from "https://criminal-case-official-fanfiction.fandom.com/wiki/User:CrimRead7?oldid=33919"
Community content is available under CC-BY-SA unless otherwise noted.