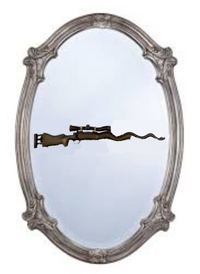 Upon Reflection is the second fanmade case of DragoChan.

The victim was the Mayor's own personal bodyguard, Derrick Gunther. He was found shot at the back of his head in his own apartment.

The killer was Patrick Polaski, a rebel against the Grimsborough society. Patrick killed Derrick to show how powerful he is and how much he hates the Mayor. Patrick also killed Derrick because he was always mistreating him every time he passed by the Mayor's house. One day, Patrick, with a sniper rifle, headed up the roof of the opposite house of Patrick's apartment. He waited for the right time and shot him through his head.

At the Court of Law, Patrick who showed no regret for the manslaughter, was sent to State Authority level to determine his sentence by Judge Hall.

Retrieved from "https://criminal-case-official-fanfiction.fandom.com/wiki/Upon_Reflection?oldid=5913"
Community content is available under CC-BY-SA unless otherwise noted.