Start a Wiki
Troy Cassidy is the victim in After The Smoke (Case #2 of Icewood).

Troy was a leader of Red Skulls with bald head and brown eyes. Before his death, he wore a white collared shirt with red vertical stripes, a maroon tie (with a golden tie clip), and black suspenders. He additionally sports a pair of black earrings.

Troy was found dead inside his bar. The Autopsy results said, like the team witnessed., that Troy died from a smoke who was caused by the explosion of the smoke bomb. That meant that the killer knows electronics. Also, on his clothes was found traces of beer, which he didn't have in his bloodstream, which again means that the killer was one who consumed it.

The killer turns out to be Ernest Wilson, White Skulls leader.

Ernest explained that went back in Highschool, where everything about the gangster life started, they were a good friend and they together started a gang White Skulls, but right behind his back, he opened another gang, Red Skulls. Lately, in a fight who ended in blood and handcuffs, Troy testified against all gangsters and from White and from Red Skulls. Judge Dante sentenced him to life in jail with no chances of any parole. 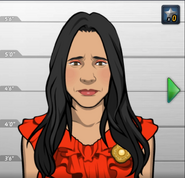 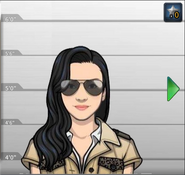 Miranda Armstrong, Troy's ex-fiancée
Add a photo to this gallery
Retrieved from "https://criminal-case-official-fanfiction.fandom.com/wiki/Troy_Cassidy?oldid=103021"
Community content is available under CC-BY-SA unless otherwise noted.