After the frightening and horrendous events transpiring around the Esposito family, the team was alerted by beat cop Emily Creston about a child who went missing on his way home from school. Jordan and the player accompanied by Jonah went to the school bus to look for clues, where they found a bowtie belonging to Michael Merowitz. After the two sent Michael's bowtie for analysis, Tazia who had filled in for Lucas, as the lab chief was away at a wolf conservation convention confirmed that Michael was murdered, his body was found at Dr.B.A.Pearman Elementary School, hung at the front lobby; however per Tazia's autopsy, Michael had been run over by a bicycle.

Mid-investigation, Emily with Vanessa's help, broke up a physical altercation between the victim's grieving father Todd Merowitz and school bus driver Paul Greaves in which Vanessa punched the latter in the face for trying to admonish responsibility for the victim's safety and even going so far as to insult the child by calling him devil incarnate.

Later on in the investigation, school custodian Miguel Esposito was fired by school custodian Julianna Gideon after getting into a physical altercation with escaped serial killer Alden Black on school grounds. After confronting Julianna about her firing of his girlfriend Darcy Keller and citing the attacks on the kindergartners that have happened since Darcy's firing, he was escorted out of school property by security. The team finally gathered enough evidence to arrest Julianna for the murder.

After thoroughly denying involvement, Jordan pressed her hard enough til she snapped and confessed to the murder. She also confessed to cutting all funding to all of the kindergarteners' field trips and other extracurricular activities and pinned all of these cuts on Henry Baltimore. This gave Julianna an excuse to fire Darcy Keller for ordering Baltimore's property to be vandalized by Sean Crackton. However, several kindergarteners had wondered what happened to Darcy which prompted them to investigate only for high schoolers such as Caleb Millhouse to assault them in their own homes on the principal's orders. When Michael caught wind of what was happening with the fellow kindergarteners, he decided to lead a revolt in order to get their field trips and extra curricular activities back. Julianna decided to silence Michael by running him over with a bike repeatedly until she was confident that the child was dead. Afterwards, she hung him at the front of the school to instill fear among the kindergarteners in order to keep them quiet and docile. Jordan and the player didn't hesitate to ship Julianna to trial. In court, Julianna was told that if she didn't testify, she would receive life imprisonment. After Julianna revealed that she was hired by a criminal mastermind in Columbia Heights to run the school in a prison-like state, she was still sentenced to life imprisonment without parole by an enraged Judge Whiterock. Julianna then wickedly warned the team that war would soon be upon them.

After the trial, Jordan and the player investigated the school yard after a kindergartener named Lizzie Cobb said she saw Darcy drop a book at the school playing field. After an investigation of the school's playing field, the team found and analyzed notebook which had been revealed to be drawings made by the high school teacher. Darcy explained that after her firing, she investigated the attacks on the kindergarteners and cut funds being traced to somebody in the high school faculty embezzling the funds for the same criminal mastermind that hired Julianna to run the elementary school in prison-like conditions. When the team used this information to try to demand answers from Principal Deckerton, he insisted that there was no such criminal activity going on. He even insisted that he ran backchecks of every teacher in the school, which Jordan was skeptical of reminding him of Brock Rothery's reign of terror. The high school principal then had the team and Darcy escorted out by security. Jordan however, encouraged Darcy to keep investigating further.

Meanwhile, Tazia went to check up on Todd, as the two were close friends. Todd wanted his son's organs to be donated to children who would be in need of operations but needed his medical records to be able to do this, as well as the permission of the victim's biological mother. After Tazia and the player investigated the victim's bedroom and found his medical records, a shocking discovery was found. The biological mother was revealed to be Vanessa. Todd accompanied by Tazia went to ask Vanessa for her permission in donating her biological son's organs for his cause. Vanessa agreed and in return asked for Todd's help to face and arrest Alden once and for all. When the team finally confronted the escaped convict, he tried to escape by taking Elanna Esposito hostage but was shot in hand by Miguel and finally arrested.

Afterwards, Emily accompanied the team to investigate the school bus and found a surveillance camera with evidence that Paul had been involved as an accomplice to the murder by driving the dead boy to the school where Julianna had hanged him. Paul admitted that Julianna had paid him to do her dirty work, the team didn't hesitate to ship both him and Alden to trial. Judge Whiterock sentenced Paul to 75 years in prison while Alden was sentenced to an additional 60 years on top of his already lengthy sentence. 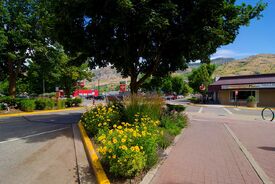 Retrieved from "https://criminal-case-official-fanfiction.fandom.com/wiki/Too_Young_To_Die?oldid=237811"
Community content is available under CC-BY-SA unless otherwise noted.