Start a Wiki
Stacy Ballinsky was a suspect  in the murder investigations of her husband, resident John Ballinsky in The House of Murder (Case #1 in Patriot City) and actor Cliff Montgomery in Safety Last (Case #5 in Patriot City)

Stacy is a 31-year-old wife of the victim. She has long black hair and green eyes. She wears a light blue vest with dark blue and maroon badges on both sides.

In her first appearance, it is known that Stacy has a How To Break In book, is right-handed and plays Candy Connect.

In her second appearance, it is discovered that Stacy owns a Cleaverloft and is a runner.

Stacy became a suspect after the team found her signature on a faded card. She explained that the card was used form their bank account, since she bought a expensive purse. After the team told her about her husband's death, she broke down in tears saying that they had a good relationship.

Stacy was spoken again after the team found a angry message on the family tree. She explained that the victim was cheating on her. When she heard her husband's phone dinged, she took a peek at his phone and found a lot of notifications of different men and women. When she confronted him about the notifications, he broke her heart about not telling the truth.

Stacy was found to be innocent after the team incarcerated Tyler Armstrong for John's murder. Stacy was spoken one more time asking if she's okay. When the team told her that, she told the team that she was depressed about her husband's death. She also told them that she can't find her son's phone.

Stacy was spoken to again after the team (per Ted) unlocked a small chest, inside was a severed finger. 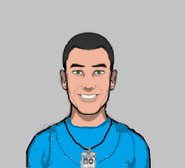 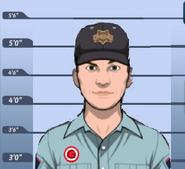 Jack Ballinsky, Stacy's son
Add a photo to this gallery
Retrieved from "https://criminal-case-official-fanfiction.fandom.com/wiki/Stacy_Ballinsky?oldid=185124"
Community content is available under CC-BY-SA unless otherwise noted.