Silvio Santorini (1992-2019) was a suspect in the murder investigation of his mother, businesswoman Samuela Santorini, in Per Sempre Tua (Case #7 of Pheadmouth) before getting murdered in Fire Up (Case #11 of Pheadmouth).

Silvio was the 26-year-old man with curly brown hair and blue eyes. He was seen wearing a grey jacket with yellow sleeves and sporting a pair of yellow sunglasses over his head. It is known that Silvio drank wine, spoke Italian and liked gardening.

The killer turned out to be his friend, Paula Caruso.

Admitting to the murder, Paula said that Silvio's murder was self-defense, explaining that Silvio was going to kill her first. When Silvio came home from his argument with his father Artemio, he discovered the secret laboratory behind the big family portrait. Silvio then went down there and discovered Paula in the laboratory. He was then angry and confronted her about this. Paula then explained to him that she was the one who blackmailed Tanner O'Brien into stealing body parts of the victims "for her master". Silvio was then filled with rage and frustration because his friend Tanner was gotten in prison all because of Paula and her master. He then pushed her down and said that he would call the police for her and her master's actions. They started fighting. Wanting to protect herself, she locked herself in a small room where she then made a Molotov cocktail, threatening Silvio to throw it at him. Since he did not stop kicking her, she threw the Molotov cocktail at him and laughed while watching him shriek and scream in pain. Judge Park sentenced Paula to 35 years in prison with psychological counselling. 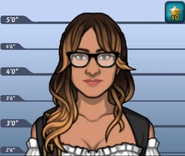 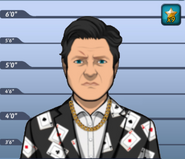 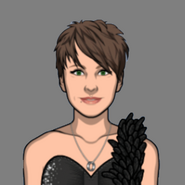 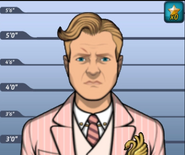 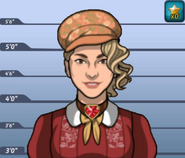 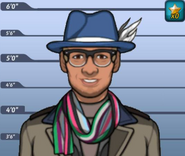 Riccardo Santorini, Silvio's adoptive uncle.
Add a photo to this gallery
Retrieved from "https://criminal-case-official-fanfiction.fandom.com/wiki/Silvio_Santorini?oldid=148255"
Community content is available under CC-BY-SA unless otherwise noted.