Sadie's body was found in an abandoned warehouse after a mysterious person sent the SSPD coordinates. She was tied up with rope and had her hands cut off. Autopsy showed that inside Sadie's wounds were trace of oysters meaning the killer ate oysters. Results from the rope came back as a spelunking harness meaning her killer does spelunking. 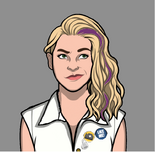 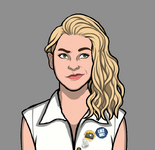 Retrieved from "https://criminal-case-official-fanfiction.fandom.com/wiki/Sadie_Saunders?oldid=244625"
Community content is available under CC-BY-SA unless otherwise noted.