Ryan Patrick was the victim in Get the Finger Out (Case #1 of Pheadmouth).

Ryan was a pub owner with short black hair and black eyes and mustaches. At the time of his death, he is seen wearing a white shirt and a green vest underneath his brown waistcoat with a bowtie. Additionally, on the left side of his waistcoat, he wears clover brooch.

The killer turned out to be businessman Liam O'Carrol.

Upon admitting to the murder, Liam angrily told the team that it was Ryan's fault that he had to kill him. He then explained that he and the victim were good friends when they were young, however, Ryan started to hate Liam after he had caught Liam with Ryan's girlfriend having an affair. Angry about the relationship of his good friend and his girlfriend, Ryan had spread rumors about Liam's company, causing his reputation to fall. Wanting to prevent his business from falling any longer, Liam called Ryan to meet at the parade street and waited for him to be alone there. Liam then grabbed a beer bottle and knocked him out unconsious, and stabbed him around 20 times with a hunting knife. Judge Park Mi-na sentenced him to 25 years in prison without parole. 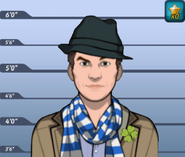 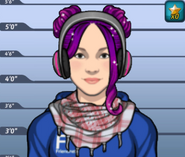 Faith Patrick, Ryan's daughter.
Add a photo to this gallery
Retrieved from "https://criminal-case-official-fanfiction.fandom.com/wiki/Ryan_Patrick?oldid=114622"
Community content is available under CC-BY-SA unless otherwise noted.