34 years of age, Roger has green eyes and black hair with white splashes. He sports a gothic hairstyle and a nose bandage. He has various tattoos in his both arms and wears a green tank top along with a gold chain. Additionally, he has a mustache and is known to be the leader of a street gang named The Flames.

In his first suspect appearance, it is known that he is right-handed.

In his second suspect appearance, he wears a gas mask and two glow sticks, one light green and one pink. It is revealed that he knows chemistry, knot binding and uses insect repellent.

Soon after Richard Stamford was incarcerated for Hector Stewart's murder, Susan and the player heard shouting from the church and decided to search the place. Thanks to a news article they found there, they learnt that Hector tried to shot Roger a few years ago. However, when asked about the event, Roger didn't agree to say anything.

Roger found himself in the red after Susan and the player found out that Johnny had given him a hefty sum of money. Roger said that they had a deal. He did something for Johnny for what the latter had to give him the money. When asked why he wanted the money, he said that he needed to buy some things for a special reason. Later, it was revealed per Monica that the victim and Roger were quite friendly and used to go to her diner together and cause havoc often.

Roger was found to be innocent after Ricky Tipton was arrested for the murder of Johnny. Post-trial, per Casey's request, the team investigated about the reasons behind the victim's cheating which caused his demise and soon discovered hat Roger was the one to help and force him to do so. The team then fined Roger for forcing Johnny to cheat in the tournament.

After Aiden and the player arrested Nina Madison for Riban Priest's murder, she said that Riban was close to discover everything about their gang's businesses. Aiden asked which gang it was and she replied that it was nothing other than The Flames. When asked what the secrets were she literally shut her mouth, leading herself to be sentenced to 37 years in jail. This prompted the team to interrogate Roger, who denied everything as he always did. This made the team to investigate further.

Roger found himself in the red after Susan and the player found his shoeprint at the old laboratory. When asked about what he was doing there, he said it was nothing special. Then the team told him about Richard's demise, causing him to laugh in satisfaction claiming Richard was a danger to everyone.

However, Roger was eventually arrested by Susan and the player for Richard's murder, [[Diego Diaz {HR)|Diego Diaz]]'s abduction and the attempted murder of Aiden. Despite trying a lot he couldn't help admitting to be behind all of these. He said he was one of the only persons to know about the real reason behind the restriction and the location of the plutonium. But even though he trusted Richard he backstabbed him by trying to reveal everything to the police. Susan asked him about Diego and Aiden. Then he said that Diego was too sneaky who had to br removed from the way and that he shot Aiden to stop the player from investigation. He was then brought to the trial where Judge Powell sentenced him to life in jail with solitary confinement. 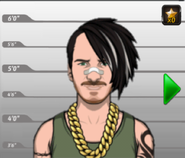 Roger, as he appeared in Struck with Lightning (Case #1 of Alpha Bay), Classic Murder (Case #2 of Alpha Bay) and Secret Knocks the Door (Case #5 of Alpha Bay). 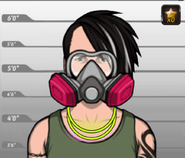 Roger, as he appeared in Turn on the Light (Case #7 of Alpha Bay).
Add a photo to this gallery
Retrieved from "https://criminal-case-official-fanfiction.fandom.com/wiki/Roger_Spitfire?oldid=162368"
Community content is available under CC-BY-SA unless otherwise noted.