Riban Priest was the victim in Secret Knocks the Door (Case #5 of Alpha Bay).

Riban was a journalist who worked for CCN. He had a clean shaven face, green eyes and short messy black hair. He was seen wearing a black coat over a white shirt and a red tie.

Both Louis Leroux and Rachel Priest were annoyed with Riban's behaviour and wanted him to leave CCN. Actress Felicia Steppingstone, about whom Riban kept publishing scandals, asked Mayor Drew Winston to sue Riban. Mayor Winston was also humiliated by Riban in public and Riban's girlfriend, Nina Madison tried to keep him away from investigating at any cost.

The killer turned out to be Nina.

Upon admitting to the crime, Nina said that she had to kill him as he was about to discover the secrets of their gang. When asked which gang, she replied that it was none other than The Flames. Susan said her to say more but she said that wouldn't say a single word. She was then sentenced to 37 years in jail. 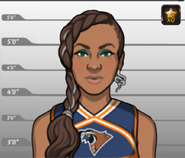 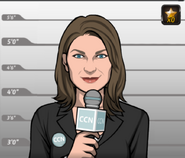 Rachel Priest, Riban's sister.
Add a photo to this gallery
Retrieved from "https://criminal-case-official-fanfiction.fandom.com/wiki/Riban_Priest?oldid=187983"
Community content is available under CC-BY-SA unless otherwise noted.