Peter Carpenter was one of the suspects in the murder of border control officer Miguel Esposito in Welcome to Toomeswood(Case #1 of Toomeswood).

Peter is a 51 year old monk with long double braided graying brown hair with a thick graying goatee. He is seen wearing a beige monk's outfit and holding a bible.

It is known that Peter is American

Peter was first spoken to when he confronted the team about their presence in the Toomeswood-Carville Border Station. The monk sprayed holy water at Jordan and the player, angering Tazia, whom he threatened to harm by attempting to throw a giant rock at the coroner. This prompted Chief Bellacoola to point her arrow and insist that he would be arrested if he went through with harming one of her lab personnel. When Jordan and the player confronted him about his presence at the crime scene, the monk still ranted angrily about the team investigating the murder and insisted his conscience was clear.

Jordan and the player had spoken to Peter again when a faded bible page was covered with an angry and confrontational letter from the victim who stated that Peter was a "troublesome liar" as the monk had falsified his passport stating that he was from Jerusalem, when he was indeed from the state of Texas. He then rambled on about how the victim was a blight to this earth and attacked the clean soul of the humble servants of the Earth. Peter also continued his tirade by stating the "demons would plague the victim and rip the flesh off his bones, as a sinner would deserve".

Despite his dangerous and violent tendencies, he was found innocent when the team arrested accountant Leon Wilbur for the murder. 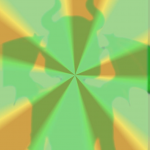