Hailing from Rosenoque, Canada, Olivier is a 24 year-old inventor, mechanic and mentor to Jack Chapman as well as the best friend of FEPD detective Major Lucas.

Per his suspect appearances, it is known that he knows vampire lore, eats mushrooms, spaghetti and sunflower seeds, drinks mint tea, Incredible Bulk cocktails and Frosty slushies. He also plays poker, knows how to handle snakes, uses hand sanitizer and is right-handed.

In the Mystery, it is learned that he works out, uses strawberry soap, knows mechanics, eats ice cream, drinks coconut water and whiskey punch, takes laudanum and has read the Tempest.

Fight for the Rights

The Bite of Destiny

Threat from the Past

The Thorn Amongst the Roses

Slide to Your Doom

The Sacrifice of the Light

As Jordan were unavailable due to the exposure of the traitor, Olivier had the responsibility of taking care of all the necessary digital/technical analyses, and to inform the team of such results after a certain amount of time or a speed-up process using Criminal Case Cash. His task-wait rates varied depending on the difficulty of the task, but they all cost 1 Criminal Case Cash per 30 minutes. 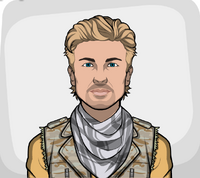 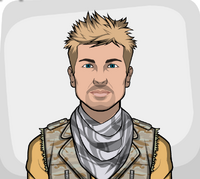 Olivier, as he appeared in Derailed for Death (Case #32 of Rosenoque) and Like Fighting Snakes (Case #33 of Rosenoque) 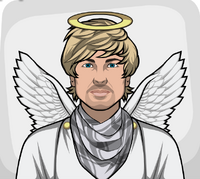 Olivier, as he appeared in Threat from the Past (Case #45 of Rosenoque)
Add a photo to this gallery

Retrieved from "https://criminal-case-official-fanfiction.fandom.com/wiki/Olivier_Hunt?oldid=218843"
Community content is available under CC-BY-SA unless otherwise noted.