Start a Wiki
Mikhail Ramis was a suspect in the investigation of the murder of student James Klebitz, in The Murder of James Klebitz (Case #1 of Special Investigation), He later becomes one of the player's two primary partners throughout the season.

Initially listed as an 18-year-old high school student, Mikhail is seen with brown hair. He is wearing an orange shirt. and he wears a blue jacket with black sleeves. It is known that he is right handed and knows self-defense. In his second appearance now with 19 yearsand being the player's partner. He wears a police uniform, he know how to cook and has a dog

The Murder of James Klebitz

He became a suspect after Minnie investigated the security camera recording and found him talking to the victim at the end of his taekwondo training, when he was informed of the victim's death he broke into tears, he said that the victim was acting weird lately and he always went to the greenhouse. Later, Mikhail informed the player that he had seen someone in front of James's house. Mikhail was found innocent after the team imprisoned Hiroshi Hasashi for the murder of James. 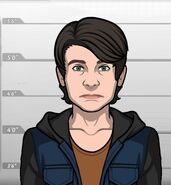 Mikhail, as he appeared in The Murder of James Klebitz. 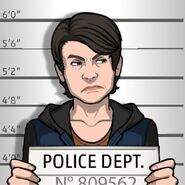 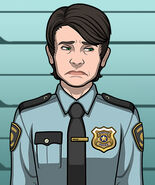 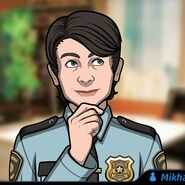 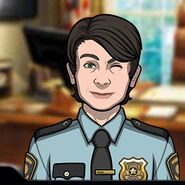 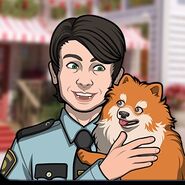 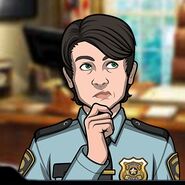 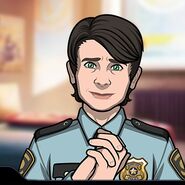 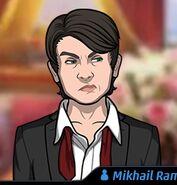 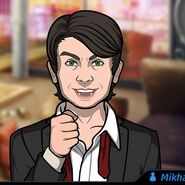 Confident
Add a photo to this gallery
Retrieved from "https://criminal-case-official-fanfiction.fandom.com/wiki/Mikhail_Ramis?oldid=222564"
Community content is available under CC-BY-SA unless otherwise noted.