Mike was a 55-year-old famous film director. He had a mid-length blond hair and brown eyes.

In his second appearance his stain disappeared. 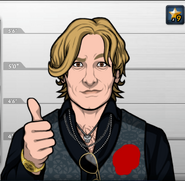 Mike, as he appeared in Into the Snake Nest 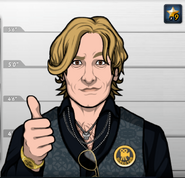 Mike, as he appeared in Lights, Camera and Blood
Add a photo to this gallery
Retrieved from "https://criminal-case-official-fanfiction.fandom.com/wiki/Mike_Cove?oldid=149799"
Community content is available under CC-BY-SA unless otherwise noted.