Mary was found dead on a Tudor street, bleeding from all over, it was confirmed that she was heading to her trail in London, the one where she would have her head chopped off a week later.

The Killer turned out to be Tudor girl, Catherine Jarningham

"They went to Catherine's house and they questioned her about the murder but she tried to say that she was innocent. However, after telling Catherine that it would be better to just admit to the murder, she sighs and explained that she didn't think Mary was the real queen of Scotland. Edward was confused by this and asked Catherine what she meant. She then explained that she wasn't the real queen because of her marrying the French king, Francis II, She then explained about all her husbands seem to all die 2 years after murdering her. She then went on to blame the queen for every problem in Scotland and, after getting permission from the queen of England, She pushed Mary out of the window and then watched the blood drain from her. She then smirked and said that she was proud to serve the real king of Scotland, James." 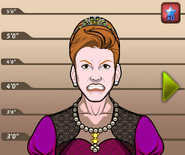 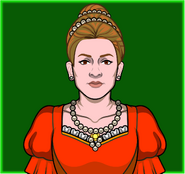 Mary, as she appears in Out Tudor Window 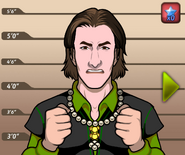 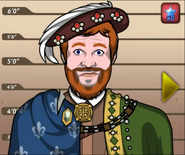 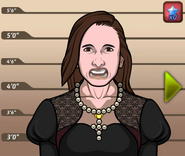 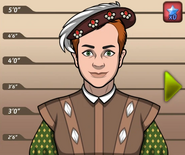 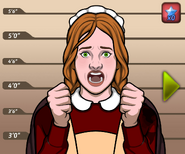 Jane Tudor, Mary's relation
Add a photo to this gallery
Retrieved from "https://criminal-case-official-fanfiction.fandom.com/wiki/Mary_Stuart?oldid=164228"
Community content is available under CC-BY-SA unless otherwise noted.