Mary was found, with James Jimason, impaled on two very long poles in the Knightmare's maze. It was a horrifying sight, according to Edward.

Mary's killer turned out to be Anne Lovegood

"They stopped her and questioned her about the murders. She denied everything but then she came out and revealed that she did kill them. When Edward questioned her as to why she did it. She revealed that she was the one who started the Knightmare maze with help from George McArther. She then revealed that it took some people dying to keep the maze up and running and that she never planned on killing that idiot but George made her, saying it was all for the greater good, she then revealed that Henry and Richard popped into the maze by accident, She was angry that any normal human could get into the maze and complete it. She said that Charles, Mary and James will mean that the maze runs for another 3 years. Edward was horrified by this motive and then arrested her for the murders and teleported her and George to the time machine." 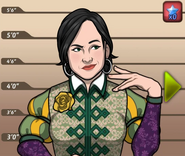 Mary, as she appeared in Never to Change the Past and In Blood and Guts. 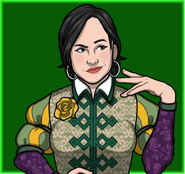 Mary, as she appeared in In a Bleeding Knightmare 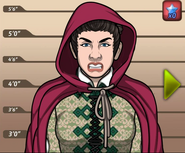 Anne Lovegood, Mary's killer.
Add a photo to this gallery

Retrieved from "https://criminal-case-official-fanfiction.fandom.com/wiki/Mary_Melco?oldid=184288"
Community content is available under CC-BY-SA unless otherwise noted.