Lorenzo Ferrero is a main character appearing in Season 1 of Criminal Case, where he serves as the Coexstance Police Department's Profiler.

Hailing from Rome, Italy, Lorenzo is the 28-year-old profiler of the Coexstance Police Department who worked as a neuroscientist prior to his tenure in the department. He is a tall male of a mesomorph build who has brown hair with side swept bangs, fair skin, and brown eyes. He normally wears a grey and black unbuttoned striped cardigan adorned with the PS clothing logo over a brown-orange shirt. Other than that, he occasionally wears black spectacles and often carries a copy of "The Principles of Psychology".

Lorenzo holds a doctorate degree in a psychology field. It is known that Lorenzo's favorite animal is a lion and his favorite food is risotto. He is also known to be a manipulative perfectionist with a photographic memory.

As the Profiler of the Coexstance PD, Lorenzo has the responsibility of analyzing physical objects and/or clues that cannot be analyzed flawlessly through bio-forensics or digital analysis, but instead through psychological analysis, and to return the results after a certain amount of time.

Below is the list of analyses Lorenzo performs throughout the course of the game:

Case #1: Under the Bodhi Tree

The player may choose Lorenzo to join the investigation of each crime scene (in any Coexstance case) and provide hint bonuses. He is available as a 5-hint partner. (Note that this feature is only available on the mobile version of the game.) 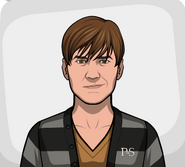 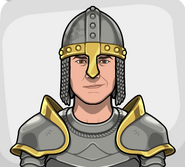 Lorenzo's Halloween costume in Ignorance is Blood (Case #7).
Add a photo to this gallery

As one of the main characters and the Profiler of the Coexstance Police Department, Lorenzo appears in every single case of Coexstance.

Retrieved from "https://criminal-case-official-fanfiction.fandom.com/wiki/Lorenzo_Ferrero?oldid=49473"
Community content is available under CC-BY-SA unless otherwise noted.