Lorelei Cortonith, legally named as Lorelei Von Brandt, alias Lorelei Stolf, is suspected of three murders, and is a quasi-suspect in Sign of Hatred. Unexpectedly, she becomes active again at Shiro Maizono's team after her work days.

Lorelei Cortonith is a looking 21-year old woman, whose age is at 93 but has the chronological age of 123 (along with her twin Suzanna Cortonith), as both of them were some of the people who managed to perform the advanced ritual "Magnum Opus", thanks to Athena Ishtaria. She has red eyes, black hair and has gothic outfit. She is known of playing soccer. Lorelei's blood type was B+, and weighs 166.6 lbs.

On her first appearances (New Recruit, Forged in Blood, Stolf's Remains), she is using a gothic hoodie with dark jewels embedded and a Cortonith Clan amulet, and Lorelei got away with the age of "Chronologically 21", which she was actually 123 in reality.

On her third appearance, she weigh lesser than before: 135lbs.

Lorelei Cortonith is suspected of murder as her name was found on Simon Scamwell's ID. Though she stated the killer ran to the Police Streets, possibly leaving some other evidence or even clues to find of. Ultimately as she is female, she doesn't even wear a hat but handles guns, she is innocent as Thomas Carlton is incarcenated into jail for 5 years. Though, she is revealed to be a Blacksmith, as she successfully forged a sword for Errol Mitanio, a pirate who recently came back to Tripea Bay.

Lorelei Cortonith is suspected of a murder again for co-hosting the blacksmith contest along with Suzanna Cortonith, her twin. Since they have lots of work, they sometimes leave their files somewhere in the crime scenes. She is found innocent as one of the contestants found guilty, Lorelei is shocked, barring her from participating again and removing her license. Lorelei goes back to work after co-hosting a contest.

Lorelei Cortonith is suspected of a murder again as her location is actually the murder that was happened. Lorelei, along with her twin, were shocked heavily as their mother is killed. Due to that, they willingly help the player to solve the case, though after all evidences have been compiled, they were found innocent after Errol Mitanio is incarcerated to jail. Lorelei and Suzanna built a grave for their dead mother afterwards. 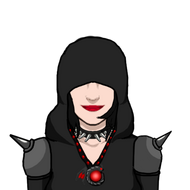 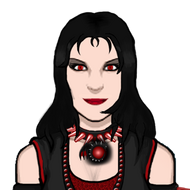 As she appears at most of the cases.