Lena Lovato née Hopper was main character featured in Season 1 of Criminal Case. Appearing as the Detective of the Fario Police Department, she serves as one of the player's two primary partners throughout the season. 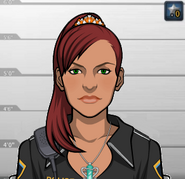 Lena, as she appeared in Botox Can Kill (Case #8 of Fario). 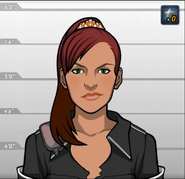 Lena, as she appeared in Only Dead Remain Silent (Case #59 of Secrets from Beginnings) 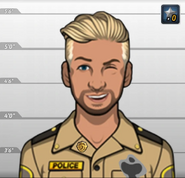 James Lovato, Lena's brother
Add a photo to this gallery
Retrieved from "https://criminal-case-official-fanfiction.fandom.com/wiki/Lena_Lovato?oldid=230267"
Community content is available under CC-BY-SA unless otherwise noted.