Music brings joy to many people's souls but here, it takes the soul and breath away from a musician as he's found haplessly strangled! Can you find out who made this youthful musician breathe his last?Case Teaser

Kill to One's Tune is a case featured in Criminal Case as the tenth case of the season. It is the third case set in the South U.S. Coast region of North America.

When investigative journalist Diego Loukas asked the player to meet him in the Jazz Joint jazz bar in Montgomery, Alabama, Ryan and the player went to the jazz bar to find the bar empty except for the strangled body of musician Toby Green. Diego then came on the scene, explaining that the bar was crowded and that someone killed the victim in the crowd, which led them to flee the scene when Toby dropped dead. They then suspected Diego before they found out (with the help of Joseph and Cassandra) that Toby was strangled with strings plucked off a guitar on the crime scene. They soon added musician Penelope Blair and youthful bartender Leo Martin before they learned that the victim worked on his tunes in a local studio.

They confronted Kai about the murder and he initially denied the accusation, telling them that he didn't do it. However when Ryan confronted Kai about him ruining the victim's statue, Kai told them in tears that the victim had tarnished his dreams. He then explained that he had been a fan of the victim since he started his career almost twenty years ago, as he had wanted to be a jazz musician like he was. However when he met the victim in the jazz bar, the victim laughed at him and told Kai that he would never become a musician, which led Kai to break a guitar in anger. When Kai held the guitar's strings that he had tore off the guitar, he decided to strangle Toby with the strings, before he ditched the strings in the trash and fled with the crowd. Kai then was sent to trial where he was sentenced to 30 years in prison by Judge Flanagan. After the trial, Diego told them that he had found out the identity of the serial killer.

Meanwhile, Diego also told them about the storm conspirator and that he found some strange plans on a machine that could control the weather. However, Diego told them that someone had stolen the plans from him, so the detectives investigated the jazz street to find Diego's satchel. They then retrieved Diego's satchel and got the plans for what Leonora called a weather machine that was produced by a scientist many years ago. They then asked Diego, who told them that he had found out that the storm conspirator had hidden the machine in a base somewhere. They then thanked Diego, who told them to stay vigilant.

At the end of the case, Chief Chandler told them that they would keep looking for the base where the weather machine was being kept. However, The America's Eligible TV showrunner Ina Belle called the Force to tell them that one of their contestants had been found dead in their new episode filming in Florida. This led the force to pack up and go to solve another murder, regardless of the murder's connections to the "Eye-Opener or not. 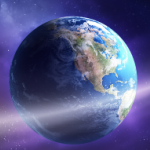