Keira “Kiki” Bianca Paguio (born, Princess Keira Vasquez and also known as Nebula) is a appearing as a main character in Criminal Case, where she serves as a partner to the player throughout the season as the Hunting Partner of the Supernatural Hunters.

14 years of age Keira has blue eyes, shoulder-length black hair and freckles. She wears a grey crop top shirt under a brown jacket with four breast pockets and two black patches on it. She also wears a fully-length black pants with brown leather belt.

Initially, Keira was actually mermaid-fairy hybrid Princess of the Atlantis named Keira Bianca Vasquez who lived in underwater kingdom until she encountered with human supernatural hunter named Luke Fernandez. She become a human with Kreken’s help to win Luke’s affections. She is sweat-hearted, optimistic and always had a unrequited crush on Luke that she met before become a human. She loves to collecting human artifacts and is interested in Philippine cultures, martial arts and magic spells and science experiments. It is known that Keira shares an RV with Priya, and was worked and studied at DreamLife, a tech and research company.

In her true form, Keira a lavender top with texture of fish scale. From the waist down, she has a dark blue horizontal fish-like tail with sea green scales and matching V-shaped waist-line with reproductive organs of a tropical fish. 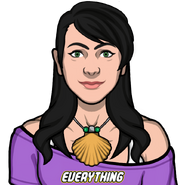 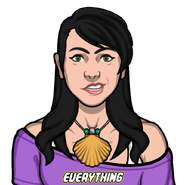 Retrieved from "https://criminal-case-official-fanfiction.fandom.com/wiki/Keira_Paguio?oldid=226278"
Community content is available under CC-BY-SA unless otherwise noted.