Justin Martyn is a character in Parinaita. He is the main enemy of the district of Life Rivers. He appeared in Lighting Bolt from Heaven but was mentioned once or twice before. He then became a suspect in the murder investigation of Matthew Obidrand, Fiona Baggins, Adam Winster and Emily Goodwin in In the Inky Dark Night. He was then a quasi-suspect in A Shock to the System (Case #37 of Parinaita). He was then later murdered in Impossible Drawings (Case #38 of Parinaita).

A Rotten series of Events

Although Justin didn't appear. He was mentioned by his "Friend" Lawrence Looper Rochester and was rumoured missing

Justin appeared once again in a picture of a bomber in Quebec. This was confirmed by him in a later case. 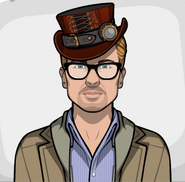 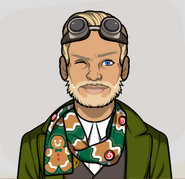 Justin Martyn, As he appeared as a suspect called "Hugo Fishy" in Lighting Bolt from Heaven 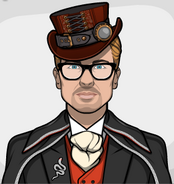 Justin Martyn As he appeared in In the Inky Dark Night
Add a photo to this gallery
Retrieved from "https://criminal-case-official-fanfiction.fandom.com/wiki/Justin_Martyn?oldid=88790"
Community content is available under CC-BY-SA unless otherwise noted.