Journey to the Bottom of the Ocean is the one hundredth and thirty fourth case in Criminal Case.

Previously on Criminal Case: Former prisoner and heiress Isabella Fairchild approached the PBPD after the investigation of Jess Prakti's murder and told her to meet her at the Grimsborough Docks which the player and Frank did, however when they got there she was dead, found inside a killer whale. But before she died she informed them more about The General and wished them well in bringing him to justice. And on top of that reports started coming in about a three headed, two tailed space dragon being sighted over Grimsborough.

Twice murderer Grace O'Brien had also seemingly been released from prison by Fatima Boussefi grounds for Chief Marquez to discharge Frank from the investigation once again and bring back Harrison and it was Harrison and the player who was able to expose former arms trader Izzah Farid as Isabella's killer.

Izzah admitted that she slayed Isabella because she was close to telling the team about The General which his associates did not want to happen and she declared that she chose the right time to kill her as she kidnapped Isabella and under the orders of the General brought Isabella to makeshift docks, attracted an Orca, threw Isabella in the water and left her to be eaten. However she refused to be taken to trial and instead escaped aboard the dragon after declaring a new monster would terrorize Grimsborough.

Once the case closed Grace and Fatima were both questioned for their involvement, Fatima also stated that Grace was freed under the orders of a man who was just as mysterious as The General and who went by the name of Seamus Callaghan. Hours after the case closed Harrison and the player were met by an anthropologist Nelson Campbell who told them that there was one way that they would eventually get to the bottom of the mysteries and to meet him at his home.

Isabella Fairchild- Eaten by an Orca 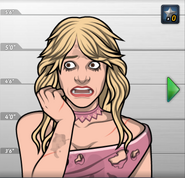 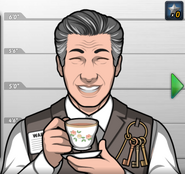 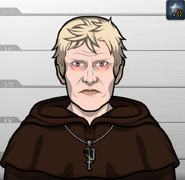 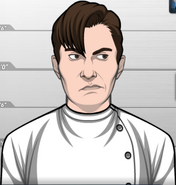 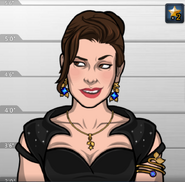 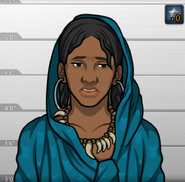 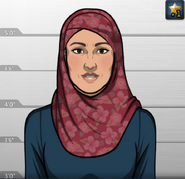 Fatima Boussefi
Add a photo to this gallery

Retrieved from "https://criminal-case-official-fanfiction.fandom.com/wiki/Journey_to_the_Bottom_of_the_Ocean?oldid=24514"
Community content is available under CC-BY-SA unless otherwise noted.