Joseph Marlow (1984-2022), also known as The Wind, is a recurring character featured in Season 3 of Criminal Case. He appeared as a suspect in the murder investigations of four people during the events of The Mystery. He also appeared as a quasi-suspect in three cases and made minor appearances in two other cases. He was later revealed to be the killer of army soldier Justin Redmoon in The Death of a Hero (Case #65 of The Mystery) before being ultimately murdered in The Sacrifice of the Light (Case #66 of The Mystery).

Hailing from Vancouver, Canada, Joseph is a 37-year-old investigative journalist, an unofficial Flaming Eagle Police Department police informant and the boyfriend of FEPD profiler Maxwell McKenzie. He has black hair under a brown zig-zagged patterned toque and black eyes concealed by a pair of black glasses. He is seen wearing a black buttoned shirt under a black blazer with breast pockets and a golden mixtape necklace. He is also seen with a couple of tear drop tattoos by his right eye and with a notepad and pen in his hand. 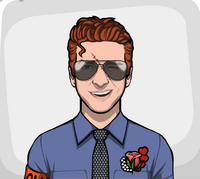 Retrieved from "https://criminal-case-official-fanfiction.fandom.com/wiki/Joseph_Marlow?oldid=218835"
Community content is available under CC-BY-SA unless otherwise noted.