Johnny Howard was the victim in Classic Murder (Case #2 of Alpha Bay).

Johnny was a golfer with brown eyes and brown hair with strips of blue on the middle. At the time of his death, he was wearing a light brown jacket over a brown t-shirt.

Johnny was found dead at the supermarket with a stab wound in her back. Eva, judging the angle of the wound, could easily determine that the killer was right-handed. She then confirmed the cause of death to be blood loss. She also deduced that the murder weapon was something sharp and thin, most probably a pocket knife.

Monica Storm told Johnny not to go to her diner because people like Ricky Tipton and Roger Spitfire would also go there with him to cause havoc. Ricky was furious at Johnny for winning the tournament by cheating but he didn't know that Roger forced him to do so. Casey Walter, Johnny's girlfriend was worried about him due to his sudden depression. Drug supplier Richard Stamford also hated him for not paying him money which Johnny owed to him for drugs.

The killer turned out to be Ricky.

Johnny realised that he was wrong after winning the match by cheating and wanted to atone for that. So he went to Ricky's home to apologize only to get driven out by the latter. But later Johnny again asked Ricky to meet him at the Supermarket, giving Ricky a chance to kill him. Ricky was angry enough to kill him and he took it as an opportunity thinking he should be congratulated for killing a cheat. Susan and the player took him at the trial where he was sentenced to 30 years in jail with a chance for parole in 20 years. 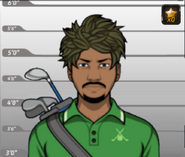 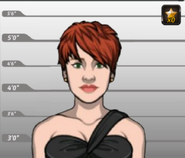 Casey Walter, Johnny's girlfriend.
Add a photo to this gallery
Retrieved from "https://criminal-case-official-fanfiction.fandom.com/wiki/Johnny_Howard?oldid=187980"
Community content is available under CC-BY-SA unless otherwise noted.