Jess Edmund was the victim in Does Hypnotism Even Exist? (Case #3 of Alpha Bay).

Jess was a student of Alpha University. At the time of her death, she wore a black collared white dress with black stripes. She had short red hair surrounding her brown eyes. She also wore makeup.

Jess was found dead at the barber shop. She was shot in head and was holding a handgun, much seemed like a suicidal case. But Eva could confirm it was a murder since there were fibers stuck in her fingernails and bruises around her kunckles, proving that she took up a fight with her killer. Eva also said she indeed killed herself, but because the killer somehow forced her to do so. Eva couldn't say how but after examining the fibers she could confirm that the killer wears gloves.

Later, the player and Aiden found a bloody pendant inside a trash can while investigating the shop for a second time and sent it to Marina, who said that the pendant was used to hypnotize the victim. She comfirmed that the killer manipulated her into killing herself through hypnotism, and that the killer was an expert in it.

Britney Thompson, the victim's landlady reminded her again and again to pay the house bill and later tried to sell her belongings in an auction. Lisa Gibson burst into tears hearing the news, but later it was revealed Jess was responsible for her expulsion from Alpha University. FPD detective Diego Diaz used her as a informant on Street Riders leader, Salvador Cordero, on whom she soon got a crush and stopped giving news, leading Diego as well as Zack Vigman to be furious since Salvador vandalized Zack's shop. On the other hand, Salvador beat Jess after he discovered that she was an informant even though she stopped giving informations to Diego.

The killer turned out to be Zack.

Zack was exhausted to see Salvador vandalize his shop almost everyday. Zack was the rightful owner of the shop, but Salvador claimed the place to be his. Zack was still optimistic as Diego, his friend said him that it would stop since he started to get information about Salvador and his gang's shady business from Jess. But when Zack heard that she turned her back to them, he blamed her but she didn't care. Seeing Jess came to his shop everyday, Salvador started to go there regularly. Zack thought all would stop if she stopped coming and confronted her, but she wouldn't listen. So he hypnotized her, but she came back in reality and took up a fight. Somehow Zack hypnotized her again and managed to kill her. He was then sentenced to prison for 20 years with a chance for parole in 10 years. 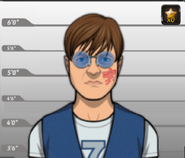 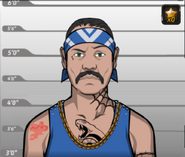 Salvador Cordero, Jess' boyfriend.
Add a photo to this gallery
Retrieved from "https://criminal-case-official-fanfiction.fandom.com/wiki/Jess_Edmund?oldid=187981"
Community content is available under CC-BY-SA unless otherwise noted.