Jake Mayfair was the victim in In Cries of Help! (Case #7 of Parinaita).

Jake was found lifeless in River's Way. They showed classic signs of poisoning and the analysis of his body confirmed it. He was murdered using Nerium Oleander, which is a poisonous plant.

His killer turned out to be Dockents's family member, Osward Dockents

"Then Osward, who was very scared, said that she did it because of what the victim did 16 years ago. She revealed, while crying, that the victim tried to murder her for being "too rich". She then went into the grim details of what happened that day. She recounted being on a walk round the grounds when the victim kidnapped her and threw acid in her face and while she was screaming in pain, Jake hit her with an axe. She lay there bleeding for hours until her father found her. The team was completely shocked about the motive and arrested her for the murder." 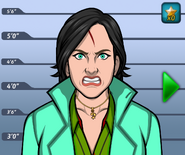 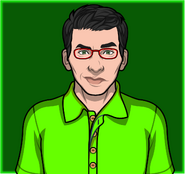 Jake, as he appearance in In Cries of Help!
Add a photo to this gallery

Retrieved from "https://criminal-case-official-fanfiction.fandom.com/wiki/Jake_Mayfair?oldid=151807"
Community content is available under CC-BY-SA unless otherwise noted.