Jacob Wilson is a main character featured in Season 1 and Season 3 of Criminal Case, where he serves as the Flaming Eagle Police Department's Ballistics Analyst.

He became a suspect in the murder investigations of war veteran Andrew Clark in Raking Over the Ashes (Case #13 of Rosenoque) and FEPD Chief of Police Thomas Ernest in The Thorn Amongst the Roses (Case #54 of Rosenoque). He later became a suspect in the murder investigation of medical intern Violet Kayden in Where a Bomb Is, There's Fire (Case #45 of The Mystery).

Hailing from Perth, Australia, Jacob is the 31-year-old ballistics analyst of the Flaming Eagle Police Department who served as a war veteran prior to his tenure in the police department. He has fair skin, short brown hair in a caesar cut, blue eyes behind a pair of sunglasses, and a faint stubble on his chin. He normally wears a desert yellow shirt under a desert camouflage vest. He is also seen with military face paint, a scar between his eyes and wearing an ammunition belt and a pair of binoculars around his neck.

Now 34 years old, Jacob's scar has faded after three years of healing. He also now has a camouflage collared shirt and pants.

Jacob is known to be a hot-headed, cocky and yet a mischievous war veteran who retired from the Army to join the police. He enjoys target shooting, drinking although he does it responsibly, and pulling pranks on his teammates. He has a weakness for watching sports, especially Australian soccer. His favourite food is steak and potatoes with a glass of whiskey and his favourite animal is the crow.

Per his first suspect appearance, it is known that he drinks rum, is an explosive expert and knows military training.

Per his second suspect appearance, he is noted to know mechanics and suffer from insomnia.

As the Weapons and Ballistics Expert of the Flaming Eagle Police Department, Jacob has the responsibility of taking care of necessary ballistic analyses, and to inform the team of such results after a certain amount of time or a speed-up process using Criminal Case Cash. His task-wait rates will vary depending on the difficulty of the task, but they all cost 1 Criminal Case Cash per 30 minutes.

Below is the list of analyses Jacob performs throughout the course of the game:

Case #1: Pebbles on the Beach

Case #2: Party Till One Drops

Case #13: Raking Over the Ashes

Case #19: Fight for the Rights

Case #20: The Dose of Creation

Case #21: The Wicked Witch of the East

Case #30: When the Noose Tightens

Case #39: Links of the Broken Chain

Case #45: Threat from the Past

Case #46: Tallying Up the Votes 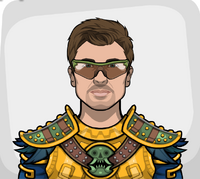 Jacob, as he appeared in Threat from the Past (Case #45 of Rosenoque)
Add a photo to this gallery

Retrieved from "https://criminal-case-official-fanfiction.fandom.com/wiki/Jacob_Wilson?oldid=212696"
Community content is available under CC-BY-SA unless otherwise noted.