Jack Nickalson was the victim in This is All But A Play! (Case #14 of Parinaita).

Jack was found in King Henry VIII Castle's dungeons with melted gold. He died of burns to his face.

Jack's Killer turned out to be George McArther, the King's Guard.

"They went there and George was in Armour. He revealed that it was too late for Charles, when Knox asked why he murder Jack and framed Charles, George just laughed and told them that he did it to get to the king. The team was confused and George said that he wanted to murder the king for a new age of England, the Knight era! Kia was confused by what he meant by the "Knight era". George revealed that the King and queens of England were a curse on the land and that giving the knights of the land the power to rule over all the districts of England would have been an amazing idea. George said that the Hall of Knights had seen into the future and how horrible it is and that to stop it. They had to murder the king to start the new age through, and the rest of their family. He then conclude by saying that it wasn't over and that the Nickalson brothers shouldn't have gotten in the way." 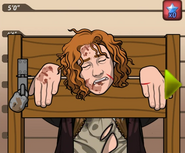 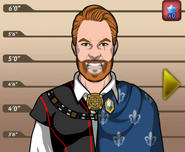 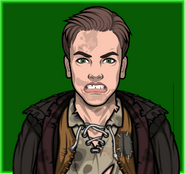 Jack, as he appeared in This is All But A Play!
Add a photo to this gallery

Retrieved from "https://criminal-case-official-fanfiction.fandom.com/wiki/Jack_Nickalson?oldid=164464"
Community content is available under CC-BY-SA unless otherwise noted.