Isaac Holmes is a main character appearing in Season 1 of Criminal Case, where he served as the informant before his promotion to detective in Accident and Emergency (Case #47 of Starlight Shores).

Prior to joining the SSPD, he appeared as a suspect in the murder investigations of five people. He also appeared as a quasi-suspect in Thorn in the Side (Case #18 of Starlight Shores).

Before joining the Police Force 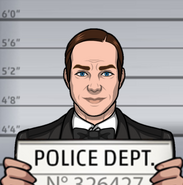 Add a photo to this gallery
Retrieved from "https://criminal-case-official-fanfiction.fandom.com/wiki/Isaac_Holmes?oldid=85585"
Community content is available under CC-BY-SA unless otherwise noted.