Start a Wiki
Henry Williams was the killer in the murder investigation of Charlie Green in Lightest Nights (Case #1 of Parinaita) and then a Quasi-Suspect after the team found proof that he might have killed Usha Grosours's child. This was later revealed to be wrong in Sticks and Marbles (Case #19 of Parinaita)

Henry became the suspect when Emily and the player found his card at the victim's house (At the start of chapter 2) and later he was found out to be the killer.

Henry became a quasi-Suspect after proof came forward that he could have killed Louis Gorsours. This was later proved to be Jack Faraway. For helping the police arrest Jack. Henry William was let out of prison. 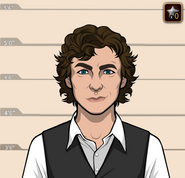 Henry, As he appeared in Lightest Nights 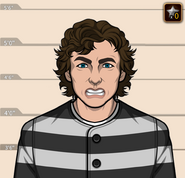 Henry, As he appeared as a quasi-Suspect in Sticks and Marbles 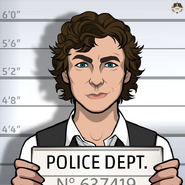 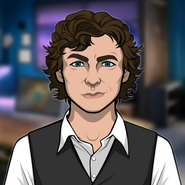 Henry, As he appeared after being released from prison in Sticks and Marbles
Add a photo to this gallery
Retrieved from "https://criminal-case-official-fanfiction.fandom.com/wiki/Henry_Williams?oldid=74066"
Community content is available under CC-BY-SA unless otherwise noted.