Henry Jolipop is a main character featured in Season 2 of Criminal Case. Appearing as the Detective of the Parinaita Police, he serves as a partner to the player throughout the season.

Henry Jolipop is a 23-year-old Singaporeans man. He is seen with short black hair with stuck up in odd angles, because of the hair gel he used. He wears a pair of glasses over his brown eyes, he also wears a brown fur coat with with a grey shirt under the coat. He also wears a world map scarf.

The player arrives in Parinaita, only to be greeted by Henry and Kia Longfoot, the other partner for the series, He told the player what would happen and asked for their papers before leaving.

The player may choose Henry to join the investigation of each crime scene (in any The Secrets of Parinaita case he teams up with the player) and provide hint bonuses. He is available as a 1-hint partner. 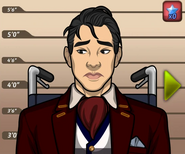 Henry, as he appeared, as a suspect, In the Bullet Train! 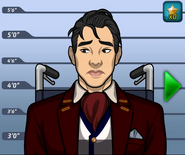 Henry, as he appeared in In the Middle of Hell! 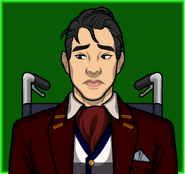 Henry, as he appeared in Parinaita’s Only Heroes... Broken! 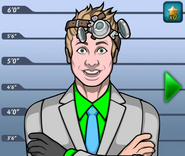 Duncan Fullmen, Samuel's killer
Add a photo to this gallery

Retrieved from "https://criminal-case-official-fanfiction.fandom.com/wiki/Henry_Jolipop?oldid=196649"
Community content is available under CC-BY-SA unless otherwise noted.