Hector Stewart was the victim in Struck with Lightning (Case #1 of Alpha Bay).

Hector was a shopkeeper with brown eyes and chin-length brown hair. At the time of his death, he wore a yellow raincoat over a black striped white t-shirt.

Hector was found tied to a lightning rod at the weather tower and he was literally burnt to death. Eva told Susan and the player that he was struck with lightning which caused the burn. As Susan didn't agree to trust it, Troy appeared and said that the killer tied Hector with metallic barbed wire to a sabotaged lightning rod. The killer sabotaged it so that it would attract lightning as usual but instead of sending it to the ground, it would split the lightning around. The killer's plan succeeded since the lightning directly hit Hector because he was tied with metallic wire. Eva confirmed the murder weapon to be electrocution and that the killer was good in electronics.

Donald Trippier was angry at Hector because the victim borrowed quite a hefty sum of money from him and never returned. Hector's wife, Ramona Stewart wanted to divorce him for his being overprotective to her and his business partner, Gabriel Cyrus was inspiring her to do it. Janaina Mills was exhausted as Hector tried to flirt with her and Richard Stamford, his best friend was threatening him as he didn't pay the money he owed to Richard for the drugs which he bought from the latter.

The killer turned out to be Richard.

After denying several times, Richard admitted that he killed Hector and that he had murdered him for the money. Richard was frustrated since Hector wasn't paying money, so to get that money back Richard came up to Hector with a plan. He summoned Hector at the weather tower and tried to confront him but the latter just laughed on the former's face. This made Richard angry enough to lose his nerves. He then tied Hector to a rod and sabotaged it then waited there to see if his plan would work. At the trial, Judge Powell sentenced him to 35 years in jail with a chance for parole in 25 years.

Post-trial, the team found a news article including the news of a young Hector trying to shot the leader of The Flames, Roger Spitfire. As Roger denied to say anything about the event, the team assumed decided to investigate further. 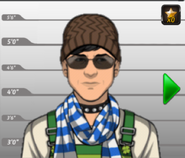 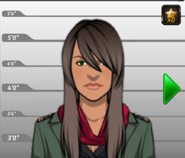 Ramona Stewart, Hector's wife.
Add a photo to this gallery
Retrieved from "https://criminal-case-official-fanfiction.fandom.com/wiki/Hector_Stewart?oldid=187979"
Community content is available under CC-BY-SA unless otherwise noted.