Habib Romanov is a main character appearing in Season 2 of Criminal Case, where he serves as an Elite Force Agent of the European International Police.

Habib is a 28-year-old detective with short auburn hair and brown eyes. He has a clean-shaven face and wears a black tie over a striped oxford blue shirt with two pockets and black suspenders which go around his shoulders.

In his first suspect appearance in On the Ropes, it is known that Habib uses hand sanitizer, eats bacon and owns a cat.

In his second suspect appearance in All Empires Fall, it is discovered that Habib meditates and eats energy bars.

All Roads Lead to Istanbul

Deal with the Evil 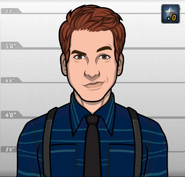 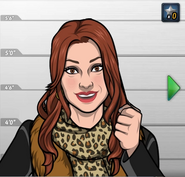 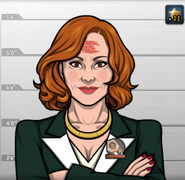 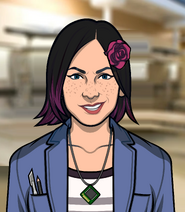 Katarina Romanova, Habib's sister-in-law.
Add a photo to this gallery
Retrieved from "https://criminal-case-official-fanfiction.fandom.com/wiki/Habib_Romanov?oldid=252482"
Community content is available under CC-BY-SA unless otherwise noted.