Fake Friends is the eighth case featured in A Cute World - a cute fanon series created by Hasuro Haku. It takes place in the Landmark 91 of the Bugou Kingdom.

Having difficult homework, Taylor and the player decided to take the train to the luxurious Landmark 91, Mr.Sample's residence, to ask him about the homework. At the 36th floor, as soon as the team met Sample, model Marky Anton, whom the team encountered back in Candy's molesting case and also Sample's neighbors, asked them for help, saying that there was a dead body right in the apartment room next to his. There, the team found rich girl WealthY, who got stabbed through the neck with a golden turtle knife.

Soon then, Taylor and the player discovered some information:

In the end, the team found enough clues to arrest Zaya for the murder.

Admitting to the murder, Zaya told the team that she in fact became friends with the victim for the giant amount of money and gold she had, and planned to steal all of them. The day of the murder, seeing that Wealthy had some work outside, Zaya tried to break into her apartment room and searched for her safe. However, when Zaya was trying to steal the gold, Wealthy caught her red-handed after finishing her work and going home. Freaking out after Wealthy threatened her to call the police, Zaya stabbed her through the neck. Judge Ana sentenced her to 30 years in jail.

Post-trial, Marky's son who was a card dealer of the Deluxe Casino Hotel, Octy Anton, asked the team for help finding his card box after finding out that he lost it somewhere. Fortunately, the team was able to find the box and returned it to Octy. Soon after, Kennedy also approached the team, informing them of a murder.

Shawn Poo
Add a photo to this gallery 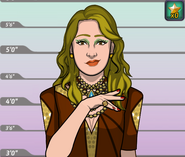 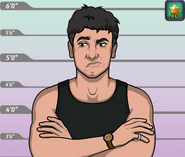 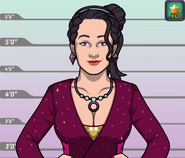 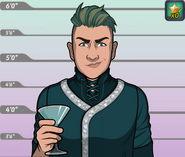 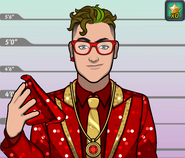 Shawn Poo
Add a photo to this gallery

Jackson Kennedy
Add a photo to this gallery 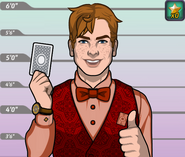 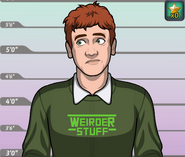 Jackson Kennedy
Add a photo to this gallery

Retrieved from "https://criminal-case-official-fanfiction.fandom.com/wiki/Fake_Friends?oldid=190719"
Community content is available under CC-BY-SA unless otherwise noted.