Diego Diaz (1990-2020), was main character in Season 1 and Season 3 of Criminal Case, where he serves as Lead Inspector in Fario Police Department.

He appeared as a suspect and quasi-suspect in multiple investigations in season 1.

Now 29 years old, Diego is Mia's husband who has green eyes and blond hair. He wears a gray shirt with a green tie underneath his beige jacket. He also wears a badge necklace and a gun with Diaz family crest on his left side of a jacket.

Described as loyal and funny but serious about his job Diaz sometimes can be violent with killers, but he doesn't care about the law when he deals with serial killers and kidnappers. 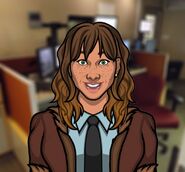 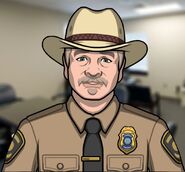 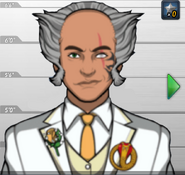 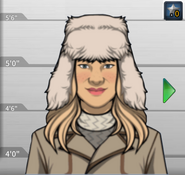 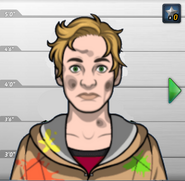 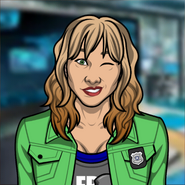 Luna Diaz, Diego's daugther (seen in 2045)
Add a photo to this gallery

Retrieved from "https://criminal-case-official-fanfiction.fandom.com/wiki/Diego_Diaz?oldid=206802"
Community content is available under CC-BY-SA unless otherwise noted.