Daniel was a 24-year-old rich young man. He had chocolate brown hair, green eyes, and donned a light blue suit with a grey dress shirt and striped blue tie underneath it.

In his first appearance, it was known that Daniel used eye drops and drunk mocha.

In his second appearance, it was known that he smoked cigarettes and ate oysters.

Events of The Lone Enemy 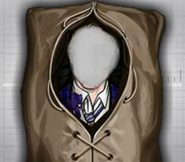 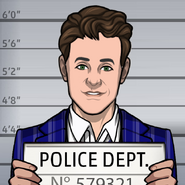 Add a photo to this gallery
Retrieved from "https://criminal-case-official-fanfiction.fandom.com/wiki/Daniel_Martin?oldid=63691"
Community content is available under CC-BY-SA unless otherwise noted.