Start a Wiki
Bruno Filipovich is the main character in Season 3 of Criminal Case where he serves as a Detective of Fario Police Department.

In his first appearance, he wears a black street shirt with speak on right side and camo t-shirt under it. He also has shoulder speaker on his right side of the shirt and police badge on the left side. He also wears sunglasses and has a couple of bruises. Its also known that he know self-defense techniques.

In his first and second quasi-suspect appearance, his bruise has healed.

In his third suspect appearance, he has a scar under his right eye.

In his fourth suspect appearance, his scar has healed and he has a windburn.

He was interrogated for the first time after he told the player that he is the one who ordered to report the murder. He said that he hear window break sound and hard ground hit.

Team approached him once again after player recover message from victim's badge. Bruno said that he just didn't belong here, that he felt like a king here and because of his overpower he fire five important people for his undercover mission.

He needed to interrogate him again in AI after his saliva was found of another part of 100 000 fishy dollars who got stolen from robbery-murder case. He said that he got that money from the local drug dealer, his informant, Naomi Parker and when his people noticed that bills are fishy, the order to throw them in the trash.

On Edge of The War

Murder Around The Clock

One More Heir Down

The Darkness of the Night

The Hoax of Murders 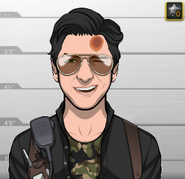 Bruno, as he appeared in Fly Higher, Fall Harder, 50 Shades of Green and On Edge of The War 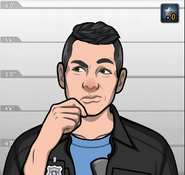 Bruno, as he appeared in Money Can't Buy a Life 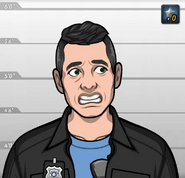 Bruno, as he appeared in Murder Around The Clock 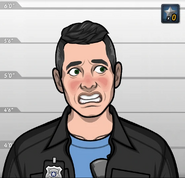 Bruno, as he appeared in One More Heir Down 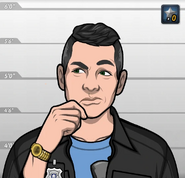 Bruno, as he appeared in The Darkness of the Night 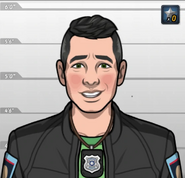 Bruno, as he appeared in Doom And Gloom 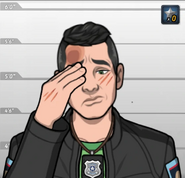 Bruno, as he appeared in The Hoax of Murders
Add a photo to this gallery
Retrieved from "https://criminal-case-official-fanfiction.fandom.com/wiki/Bruno_Filipovich?oldid=222456"
Community content is available under CC-BY-SA unless otherwise noted.