Brother Paul was the victim in Rings the Church Bells... (Case #8 of Parinaita). However, after that, she appeared as a suspect in the murder investigation of James Jimason and Mary Melco in In a Bleeding Knightmare (Case #18 of The Secrets of Parinaita).

Brother Paul was found crushed under the three bells of St. Jamie's. It was found out that they were nearly cut in half and blood being everywhere on the church floor.

Brother Paul's killer turned out to be Jenny Marks. 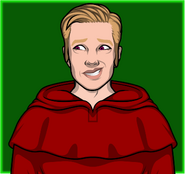 Brother Paul, or Paula, as he appeared in Rings the Church Bells... 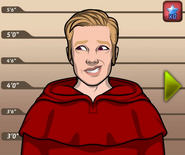 Paula, as she appeared in In a Bleeding Knightmare 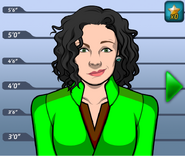 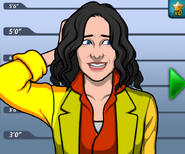 Jenny Marks, Paula's killer
Add a photo to this gallery

Retrieved from "https://criminal-case-official-fanfiction.fandom.com/wiki/Brother_Paul?oldid=166954"
Community content is available under CC-BY-SA unless otherwise noted.