Bite Him Off is a case featured in Criminal Case. It takes place in the Xerdan Forest of Grimsdale.

Nearly 3 months after the events of the previous case and a week before the end of the summer vacation, Hamilton is seen rowing a boat on the lake, and Hamida is sitting with him. Hamilton looks at Hamida, who is looking on her reflection on the lake with a sad expression on her face, he asks her if there’s anything wrong, however, she shakes her head. Knowing that she is lying, he asks her if she tried speaking with Mia or the others, where she looks silently at him, and then asks him how come he still trusts her. He then stops rowing, and holds her hand where he tells her that the only reason why they mistrust is because she was acting mean and sarcastic with everyone especially toward Hasuro who is simply protecting his cousin not knowing her true colors. After that, he tells her that he trusts her since he knows about her experiences, and deep down she’s sweet fallen angel, who all what she needs is someone to care for her and protect her, and someone to love and for them to love her back. He then leans his mouth to her mouth slowly, where she slowly does the same. They were about to share their first kiss, when suddenly Hamilton hears shouting nearby.

After hearing shouting, Hamilton immediately rows all the way to the docks, and tells Hamida to go somewhere safe, where he runs all the place he heard the voice, which was at the mudpool. He then calls Diego to come and check with him, what was the cause of the sound.

After Diego and Hamilton investigating the area, they found suspected Kinder Reaper, Aaron Camper, being eaten by alligators, and they assumed that he must’ve been pushed. After a couple more investigating, they suspected three people for the crime: Victim’s sister- Anna-rose Camper, wannabe journalist- Isaac Hemsworth and Clay’s friend- Julian Ramis. Yoyo then came up to the duo telling them that she wants to speak to them.

Diego and Hamilton went to question Yoyo about what she wants where she told them that the camp counselors had a meeting at the camp faculty room, implying that the victim must’ve been there. The duo went to search there, where they found evidence to add their team counselor, another Kinder Reaper suspect, into the murder suspect list. They later on found out that Isaac accused Aaron of being the reaper, and that Julian plotted to kill Aaron. While recapping the case, Bruno came to them telling them that the camp director have locked the faculty room.

The duo immediately went up to the director, and persuaded him into giving them the keys. They then went back to investigating, where they discovered that Yoyo dated Aaron at her freshman year but he dumped her after she told him that she had her period, they also learned that Alyssa suspected that Aaron had took advantage of his sister, leading them to speak to Anna-Rose as well. The duo then found enough evidence to arrest Anna-Rose for the crime.

Anna-Rose tried denying the murder, but after the duo provided evidence, she broke down to tears claiming that the murder was an accident. She revealed that Alyssa’s suspicions on Aaron were true, and that her brother would take advantage on her at every chance he got, without their parent’s awareness. While they were walking near the mud pool, Aaron groped her. Anna couldn’t take it anymore, and so she pushed him in order to let him get away, but accidently let him fall into the mud pool which was crowded with alligators, which ended up shredding him when he fell in the pool. Anna-Rose was terrified, and so she ran away, leaving her brother to be eaten. The duo felt sorry for the girl, but they knew that they still had to take her to court. Judge Powell decided that she couldn’t let the girl go to prison, and instead sent her to be looked after by social workers.

After the killer was caught, Zoe came to the Purple Team Cabin, as well as a panicked Matthew asking to speak to the team.

Diego and Hamilton went to ask Zoe what she needs from them, where she told them that Anna-Rose’ parents were arrested due to neglecting of their children, and as a result Anna-Rose is left to her care. She then told the duo that she’d like them to go to the camp’s faculty room and find Anna-Rose’ files in order to check if she has any relatives to take care of her. The duo went into the faculty room and found what Zoe told them to find, and sent it to Clay and Zoe to look through. After analyzing, Clay informed the duo and Zoe that Anna-Rose has an uncle who works as a archaelogist who travels around the world, and informed them that he is currently staying at Grimsdale and would be leaving tomorrow to Egypt. Zoe went to bring Anna-Rose and then later they all went to speak to Bruno Camper, where Anna-Rose hugged her uncle. The duo explained the situation to Bruno and he agreed to take care of Anna-Rose.

Mia and Hamilton calmed Matthew down and asked him what is the problem. He then proceeded to tell them that Natasha have went missing and he couldn’t find her anywhere. Mia and Hamilton were afraid that the Reaper may have harmed her and asked Matthew where he last saw her. After he told them that she was at tents to check on him, where he ended up yelling her, making her run iff, the duo went to search the tents where they found a stone covered with blood. After sending it to Sploder, he confirmed that the blood was Natasha’s and that there wasn’t much blood meaning she was knocked out, and kidnapped.

After helping Zoe and finding out that Natasha was kidnapped, Hamida approached Hamilton and Mia to speak to them.

Mia was glad that she finally got to talk to Hamida again, and was mad that she ghosted her, where Hamida apologized to her. Hamida then told the duo that she thought about a plan to find out who the traitor is. The duo asked her, and started protesting when she told them that she will join The New Olympians to take advantage of their trust. Hamida managed to convince, and Hamilton held her hand, a told her to be safe.

After hearing Hamida’s plan, Mia and Hamilton then went off to search for Natasha...

Alyssa Bustamante
Add a photo to this gallery 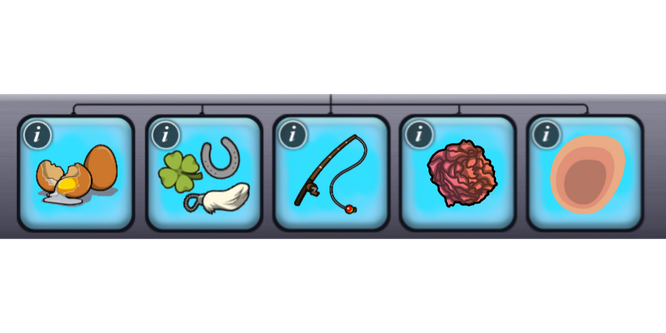 Retrieved from "https://criminal-case-official-fanfiction.fandom.com/wiki/Bite_Him_Off?oldid=198238"
Community content is available under CC-BY-SA unless otherwise noted.