Benedict Egg was a character in the series of Parinaita. He became a suspect in the murder investigations of Sophia James in Sharp Wheels! (Case #31 of Parinaita), Baden Zookoiburg in The Rain of Blood (Case #34 of Parinaita) and also Patrick Peterson and Lewis Looper Rochester in The Light Versus the Darkness where it was revealed, in a shocking moment, that he murdered Patrick Peterson! 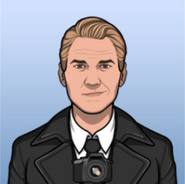 Benedict, how he appears in Sharp Wheels! and The Rain of Blood 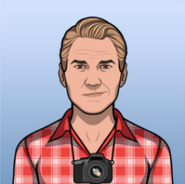 Benedict, how he appears in The Light Versus the Darkness
Add a photo to this gallery
Retrieved from "https://criminal-case-official-fanfiction.fandom.com/wiki/Benedict_Egg?oldid=96890"
Community content is available under CC-BY-SA unless otherwise noted.