The man who had collaborated with the Grimsborough police department to catch the killers of Veronica Blade and Duncan Young Alden Greene was found dead at his home, blood seeping out of his back. The killer was yet another prisoner who had escaped from prison Mikhail Levin

Mikhail had taken advantage of the amount of prisoners that had been released from prison and himself escaped deciding to seek revenge on those who co-operated with the Police forces. One former prisoner who had collaborated with the police was already dead so Mikhail learned that Greene had helped the police before so he snuck into Greene's house getting past security but getting wounded in the process. Once inside Mikhail attacked Greene hoping to kill him and Greene eventually fought back until Mikhail threw him into a table and threw a knife in his back. Outside Mikhail was faced by security men who he also cut down.

Mikhail was sentenced once again to 23 years in jail. 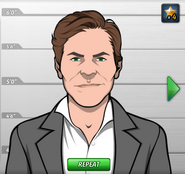 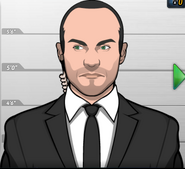 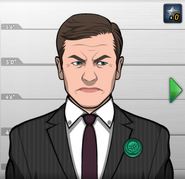 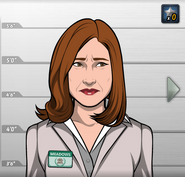 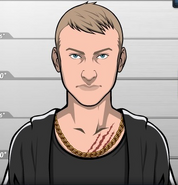 Mikhail Levin
Add a photo to this gallery

Retrieved from "https://criminal-case-official-fanfiction.fandom.com/wiki/Backstabber?oldid=18967"
Community content is available under CC-BY-SA unless otherwise noted.