Arthur Muir was the killer of fashion model Marzia Hopper in Botox Can Kill (Case #8 of Fario). Later on he appeared a suspect is murder investigation of Lena Lovato and Monica Lovato in The Saddest of All Ends (Case #52 of Fario). 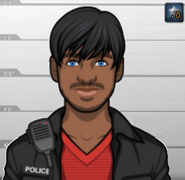 Arthur, as he appeared in Botox Can Kill and The Saddest of All Ends 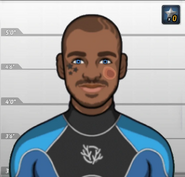 Arthur, as he appeared in In The Silent Night
Add a photo to this gallery
Retrieved from "https://criminal-case-official-fanfiction.fandom.com/wiki/Arthur_Muir?oldid=199114"
Community content is available under CC-BY-SA unless otherwise noted.