Amy is a 31-year-old Ship's waitress. She has long straight ginger hair with curls at the bottom. She wears a white T-shirt under some purple overall, which flower buttons on the straps. It is known that Amy takes Anxiety Pills and does crisscrosses.

Amy became a suspect after the team found the victim's comments on Amy's checklist. When questioning Amy, Kia mentioned that Amy took a lot of anxiety pills and that she should be careful with them.

However, the second time they talked, Amy's old uniform was found on the deck and they questioned her about it, she told them that she used to work for a more private business until Kimberly came on and ruined everything by saying that she was lazy and useless. it was also revealed that she worked in a crisscross factory.

In the end, Amy was revealed to be Kimberly's killer. Although she didn't admit to murdering Kimberly at first, she then opened up and revealed that she was destroying the ship because she wanted to die from her depression however Kimberly saw and Amy knew that Kimberly would try to tell someone so she killed her so she could keep her death a secret and she revealed that she couldn't cope with the time of year because of her mother dying on one of the very same ships. She was send to a medical hospital, so the doctors could help her with her depression.

Her killer turned out to be her sister, Helen Hall-Elber 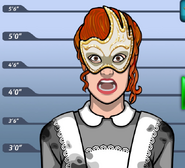 Amy, as she appeared in The Boat of Blood. 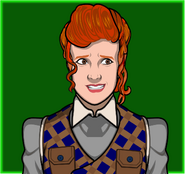 Amy, as she appeared in Hidden Meaning. 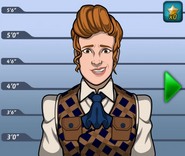 Amy, as she appeared in Out of Time! 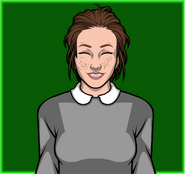 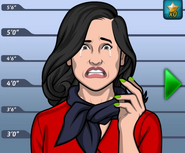