Alexei Rogerovich Smirnov Is the victim in All Boli Out (Case #1 of Grimsdale).

Alexei was a 17 year old Fairview High student. He had blonde slick hair, and blue eyes. At the time of his death, we wore a red tank top, with the number “34” written on it.

The player, Diego, and Hasuro sneaked in into the police lab, where Hasuro began autopsying the body, where he confirmed that the victim’s te- and then suddenly Vanna Alabama chose that moment to began to sing, and then when the scene switched back, Hasuro concluded that since the killer chose such a painful part to cut off, he must have an ideas of what Biology is.

Overall, the killer turned out to be school delinquent Brock Perry, upon admitting to the murder, he told Diego and the player, that he killed Alexei because caught him injecting steroids on himself, to help strengthen his muscles and in- and then as soon as Brock said “in-“, the scene switched to Vanna Alabama on a wrecking ball singing, and later switched back to the arrest, so now thanks to Vanna, we don’t know the other reason ehy Brock was on roids, anyways back to the point, Brock also said that Alexei was going to snitch on him, which is why Brody was going to beat him up, and that when he sent the victim a note saying “don’t tell or else” it wasn’t about the bullying, but the steroid use. Diego was absolutely disgusted by Brody’s motive, because not only did he stop Alexei from doing the right thing, but also for him using steroids, to bully people who are actually natural, simply for being skinny or fat. Judge Powell sentenced him to life in prison with no parole. 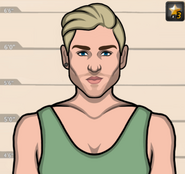 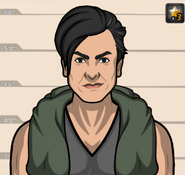 Brock Perry (Grimsdale), Alexei’s Killer.
Add a photo to this gallery
Retrieved from "https://criminal-case-official-fanfiction.fandom.com/wiki/Alexei_Smirnov?oldid=107942"
Community content is available under CC-BY-SA unless otherwise noted.